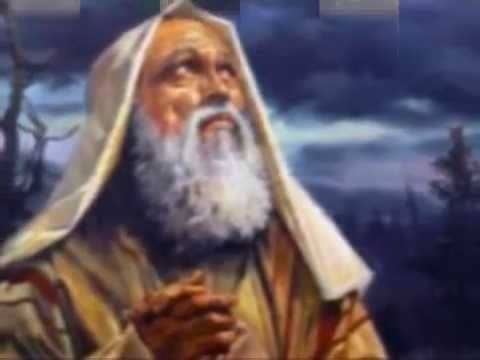 The secret of Avraham Avinu – Following the dream!

Having dreams and ideals can be a struggle. As a kid we all had dreams of who we would become. Until at some point reality kicked in. Some of us followed our dreams and overcame obstacles. Others changed direction and chased more realistic dreams. While some stopped dreaming altogether.

In the previous parashot we saw that the relationship between G-d and humanity was tenuous to say the least. First, Adam is ousted from Gan Eden. Then we find mankind living such a hedonistic lifestyle that G-d has to push reset in the form of a mabul. Thereafter we have an ancient version of the United Nations under the leadership of Nimrod building the tower of Babel to get rid of G-d once and for all.

In this context Avraham appears on the stage of history. He revives the dream of living a life close to G-d. But It’s a dream with huge opposition. Sharing it gets him thrown into the fire of Kasdim. Humanity just doesn’t want G-d in their life. Isn’t the message clear?

So how did Avraham Avinu remain faithful to his dream when the whole world screamed how flawed his idea was? How did he push forward when obstacles kept hitting him? And how can we turn ourselves into our own Avraham Avinu’s; remaining steadfast to our dreams and values, not getting taken down by the challenges of reality?

Perhaps the answer to this can be found at the end of the Parasha. Hashem instructs Avraham to perform a brit mila (representing the notion that we must not just accept the physical world and its limitations as is); but before he does – He commands him “I am K-el Shakai – walk in front of me and be Tamim”

The key is to be Tamim. But what does that imply? The word Tamim has a double meaning. Wholeness and Simplicity. Tamim means that one is whole and utilizes all of one’s potential. Simplicity here is not the opposite of being complicated, but the opposite of being artificial. Simplicity takes down the walls of artificial and dictated norms that keeps one from being oneself. We all know about the dates that went nowhere just because the two people behaved as scripted robots and therefore weren’t really present. In other words, the attitude of Tamim enables one to live and unlock one’s real self. As a result one lives a whole and complete life. Avraham Avinu was Tamim, true to himself and therefore not influenced by the noise around him. That allowed him to garner his huge innate potential and impact humanity. But how do become Tamim?

The midrash in Kohelet  likens Man to a marriage between a peasant and a princess. The unlimited soul being trapped in the body bounded by limits. When one realizes that one’s inner self is really a princess, even though externally one only sees a peasant, one gains the confidence to live and act like royalty. When Am Israel does this they become – Tamim understanding that their soul is part of an unlimited soul, we belong to infinity so let’s connect to G-d, and become an Or La’goyim. We then can break the physical limitations, and this is represented by Brit Mila.

By being Tamim and connecting to our true unlimited selves, we can follow in the footsteps of Avraham Avinu and implement this dream into reality. A reality that under its many uncovers itself is inexhaustible.

Like the chessboard that is limited to 64 squares actually harbours a world of infinity.