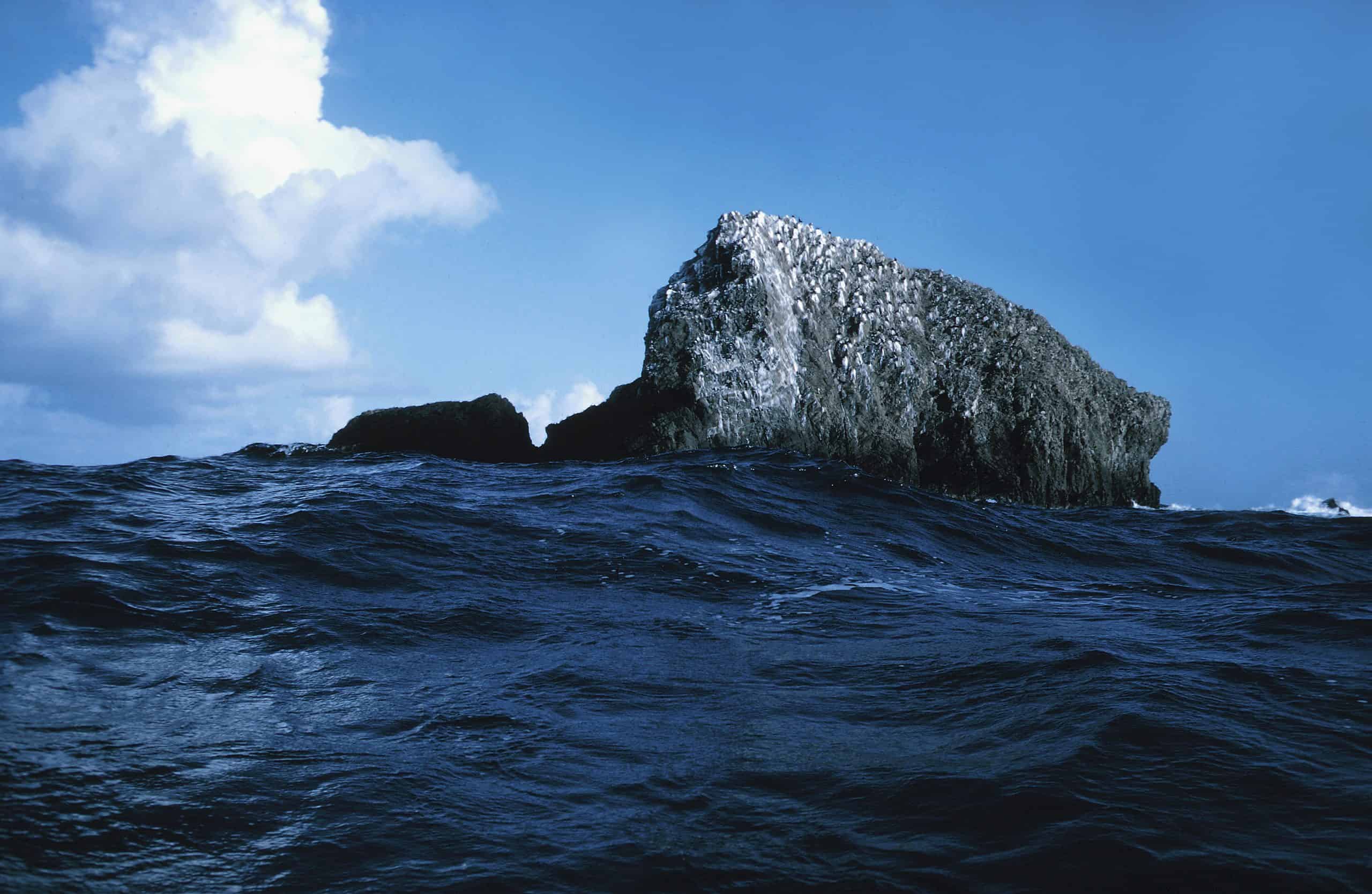 The Politics of Envy by Rabbi Lord Jonathan Sacks

Few things in the Torah are more revolutionary than its conception of leadership.

Ancient societies were hierarchical. The masses were poor and prone to hunger and disease. They were usually illiterate. They were exploited by rulers as a means to wealth and power rather than treated as people with individual rights – a concept born only in the seventeenth century. At times they formed a corvée, a vast conscripted labour force, often used to construct monumental buildings intended to glorify kings. At others they were dragooned into the army to further the ruler’s imperial designs.

Rulers often had absolute power of life and death over their subjects. Not only were kings and pharaohs heads of state; they also held the highest religious rank, as they were considered children of the gods or even demigods themselves. Their power had nothing to do with the consent of the governed. It was seen as written into the fabric of the universe. Just as the sun ruled the sky and the lion ruled the animal realm, so kings ruled their populations. That was how things were in nature, and nature itself was sacrosanct.

The Torah is a sustained polemic against this way of seeing things. Not just kings but all of us, regardless of colour, culture, class or creed, are in the image and likeness of God. In the Torah, God summons His special people, Israel, to take the first steps towards what might eventually become a truly egalitarian society – or to put it more precisely, a society in which dignity, kavod, does not depend on power or wealth or an accident of birth.

Hence the concept, which we will explore more fully in parshat Korach, of leadership as service. The highest title accorded to Moses in the Torah is that of eved Hashem, “a servant of God” (Deut. 34:5). His highest praise is that he was “very humble, more so than anyone else on earth” (Num. 12:3). To lead is to serve. Greatness is humility. As the book of Proverbs puts it, “A man’s pride will bring him low, but the humble in spirit will retain honour” (Prov. 29:23).

The Torah points us in the direction of an ideal world, but it does not assume that we have reached it yet or even that we are within striking distance. The people Moses led, like many of us today, were still prone to fixate on ambition, aspiration, vanity, and self-indulgence. They still had the human desire for honour and status. And Moses had to recognise that fact. It would be a major source of conflict in the months and years ahead. It is one of the primary themes of the book of Bamidbar.

Of whom were the Israelites jealous? Most of them did not aspire to be Moses. He was, after all, the man who spoke to God and to whom God spoke. He performed miracles, brought plagues against the Egyptians, divided the Red Sea, and gave the people water from a rock and manna from heaven. Few would have had the hubris to believe they could do any of these things.

But they did have reason to resent the fact that religious leadership seemed to be confined to only one tribe, Levi, and one family within that tribe, the Kohanim, male descendants of Aaron. Now that the Tabernacle was to be consecrated and the people were about to begin the second half of their journey, from Sinai to the Promised Land, there was a real risk of envy and animosity.

That is a constant throughout history. We desire, said Shakespeare, “this man’s gift and that man’s scope.” Aeschylus said, “It is in the character of very few men to honour without envy a friend who has prospered.” 1 Goethe warned that although “hatred is active, and envy passive dislike; there is but one step from envy to hate.” Jews should know this in their very bones. We have often been envied, and all too frequently has that envy turned to hate, with tragic consequences.

Leaders need to be aware of the perils of envy, especially within the people they lead. This is one of the unifying themes of the long and apparently disconnected parsha of Naso. In it we see Moses confronting three potential sources of envy. The first lay within the tribe of Levi. Its members had reason to resent the fact that priesthood had gone to just one man and his descendants: Aaron, Moses’ brother.

The second had to do with individuals who were neither of the tribe of Levi nor of the family of Aaron but who felt that they had the right to be holy in the sense of having a special, intense relationship with God in the way that the priests had. The third had to do with the leadership of the other tribes who might have felt left out of the service of the Tabernacle. We see Moses dealing sequentially with all these potential dangers.

First, he gives each Levitical clan a special role in carrying the vessels, furnishings, and framework of the Tabernacle whenever the people journeyed from place to place. The most sacred objects were to be carried by the clan of Kohath. The Gershonites were to carry the cloths, coverings, and drapes. The Merarites were to carry the planks, bars, posts, and sockets that made up the Tabernacle’s framework. Each clan was, in other words, to have a special role and place in the solemn procession as the house of God was carried through the desert.

Next, Moses deals with individuals who aspire to a higher level of holiness. This, it seems, is the underlying logic of the Nazirite, the individual who vows to set himself apart for the Lord (Numbers 6:2). He was not to drink wine or any other grape product; he was not to have his hair cut; and he was not defile himself through contact with the dead. Becoming a Nazarite was, it seems, a way of temporarily assuming the kind of set-apartness associated with the priesthood, a voluntary extra degree of holiness. 2

Lastly, Moses turns to the leadership of the tribes. The highly repetitive chapter 7 of our parsha itemises the offerings of each of the tribes on the occasion of the dedication of the altar. Their offerings were identical, and the Torah could have abbreviated its account by describing the gifts brought by one tribe and stating that each of the other tribes did likewise. Yet the sheer repetition has the effect of emphasising the fact that each tribe had its moment of glory. Each, by giving to the house of God, acquired its own share of honour.

These episodes are not the whole of Naso but they consist of enough of it to signal a principle that every leader and every group needs to take seriously. Even when people accept, in theory, the equal dignity of all, and even when they see leadership as service, the old dysfunctional passions die hard. People still resent the success of others. They still feel that honour has gone to others when it should have gone to them. Rabbi Elazar HaKappar said: “Envy, lust and the pursuit of honour drive a person out of the world.” 3

The fact that these are destructive emotions does not stop some people – perhaps most of us – feeling them from time to time, and nothing does more to put at risk the harmony of the group. That is one reason why a leader must be humble. They should feel none of these things. But a leader must also be aware that not everyone is humble. Every Moses has a Korach, every Julius Caesar a Cassius, every Duncan a Macbeth, every Othello an Iago. In many groups there is a potential troublemaker driven by a sense of injury to their self-esteem. These are often a leader’s deadliest enemies and they can do great damage to the group.

There is no way of eliminating the danger entirely, but Moses in this week’s parsha tells us how to behave. Honour everyone equally. Pay special attention to potentially disaffected groups. Make each feel valued. Give everyone a moment in the limelight if only in a ceremonial way. Set a personal example of humility. Make it clear to all that leadership is service, not a form of status. Find ways in which those with a particular passion can express it, and ensure that everyone has a chance to contribute.

There is no failsafe way to avoid the politics of envy but there are ways of minimising it, and our parsha is an object lesson in how to do so.

AROUND THE SHABBAT TABLE