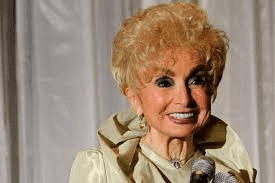 The Art of Listening: Yitro

Revelation at Sinai, the greatest moment in the annals of mankind, is recorded in this parashah. Incredibly however, the portion is entitled “Yisro,” in honour of Moses’ father-in-law, Jethro, who, prior to his conversion, had been a pagan priest. Logically, one would have expected that the portion be called “Moses” or “Sinai,” but surely not “Yisro.” How are we to understand this?

The parashah opens with the simple but piercing words, “Vayishma Yisro – Jethro heard.” The voice of G-d was audible throughout the universe, but it was only Jethro who heard, it was only Jethro who reacted and chose to abandon his prestigious position as a priest of Midian to join the Israelites at Sinai. Our Sages teach that when the kings of the nations heard those awesome sounds, they thought that a cataclysmic event was about to occur and there would be yet another Flood. For a very brief moment, they stopped to listen, but then Bilaam, their prophet, assured them that it was “only” G-d giving His commandments, so they returned to their old ways.

At first glance, one must feel appalled at such obtuseness: “Only G-d giving His commandments” – How could they have justified such a stance? But let us examine our own lives. How different are we from those pagans? Are we not guilty of the same dense callousness? Do we pay heed to the Word of G-d, or is it only when catastrophe strikes that we hear His voice? Yet, G-d’s call never ceases. Every day, a Bas Kol (a Divine Voice) issues us a summons to our unique destiny, but in our pursuit of “the good life,” the glitter, and the gold, we no longer hear G-d’s voice. Like the pagans of old, it is only when the sinister shadow of disaster looms over our heads that we stop to listen. But how many of us truly stop to hear the Word of God?

In every generation, those who rise to their calling and fulfil their life missions are those who have mastered the art of listening, of hearing and noticing the messages implicit in the universe. The Talmud relates that Rabbi Akiva, one of the greatest Sages of our people, at the age of 40 was an impoverished, illiterate shepherd, who had an awakening when he saw that water continually dripping upon a stone had eroded the rock. If water can erode a stone, then surely Torah can alter a mind or a heart, he reasoned. He therefore embarked upon a life of Torah study. To be sure, many others had also witnessed the same phenomenon, but only Akiva truly observed and “heard” this message. The challenge of listening, of becoming aware, set forth in the examples of Jethro and Rabbi Akiva, speak to us anew today. Unfortunately however, most of us hear only that which we want to hear and see only that which we wish to see. Our challenge is to listen to the messages – and respond properly to them.

BE HAPPY FOR OTHERS: THE HALLMARK OF OUR PEOPLE

The greatness of Jethro was further evidenced when, upon arrival at the desert encampment, he was told of the wondrous events that had rescued the Jewish people. The Torah relates: “Vayichad Yisro – Jethro rejoiced.” Our Sages explain that the word vayichad is an expression of joy tempered by reservation, for even as Jethro heard the amazing events, he also felt a pang of sadness for his former friends, the Egyptians.1 Nevertheless, Jethro proclaimed the two majestic words that have become the hallmark of our people throughout the centuries: “Baruch Hashem – Blessed is Hashem!” “Baruch Hashem” has been our response to all the challenges of life – to the joys as well as to the trials.

At first glance, it may be difficult to comprehend why this phrase, Baruch Hashem, should be attributed to Jethro. Surely there were others who blessed G-d before him. After all, didn’t Moses praise G-d at the crossing of the Reed Sea, when he composed his glorious song? There is one fine difference, however. Moses praised G-d for the miracles He performs for His own people, but Jethro thanked God for the blessings that He bestows on others.

The concept of being happy for someone else is a goal toward which we must strive. When we realize that we can find our own joy in the happiness that is visited upon others, we become elevated spiritual beings. To be sure, this is a difficult concept to accept in a culture that has conditioned us to measure our happiness by that which we acquire rather than by that which we give. To maintain our Torah values, we would do well to bear in mind that G-d did not command us to become rich and successful, but He did command us to become giving, generous people, to personify loving-kindness, and to full-heartedly proclaim, “Baruch Hashem,” when we behold the happiness of others.

RECEIVING THE TORAH IN EVERY GENERATION

It is written that the Jewish people entered the Sinai desert to receive the Torah “bayom hazeh – on this day”2 rather than “on that day.”

This is not a grammatical error; rather, it is a profound teaching for all of us. The giving and the receiving of the Torah is an everyday occurrence. Every day we must see ourselves as if we were standing at Mt. Sinai, and every day we must re-commit ourselves to the covenant and attempt to muster the same fervour and enthusiasm as on the day when we first heard the voice of God at Sinai.

Even the setting, the place where the Torah was given, is instructive. G-d chose the desert, for the desert is empty. Similarly, if we wish to absorb this Divine Wisdom, we must become like a desert, free ourselves of all preconceived notions, and allow the Torah to shape and mold us. The Torah was given on Mt. Sinai – a lowly hill – to teach us that it is only in a humble heart that the Word of G-d can find a home. Once again, vital lessons for us to learn, for ours is a generation that is replete with many voices. So many voices, so many sounds pull at us, demanding our attention. Ours is also a generation in which arrogance abounds; everyone is an “expert,” convinced that he can “make it” – and is making it – on his own, without G-d’s help. And so, the Torah was given to us on a lowly hill, Sinai, to remind us that a precondition to receiving G-d’s Word is a humble heart.

The Kotzker Rebbe once asked a child, “Tell me, where is G-d?”

“No, my son,” the Rebbe said. “He can only be found in the hearts of those who allow Him to enter. In an arrogant heart, there is no room for His presence.”

Finally, let us be mindful that at Sinai G-d designated us as His “beloved treasure” – “a kingdom of ministers and a holy nation.”3 Let us attempt to conduct ourselves accordingly.