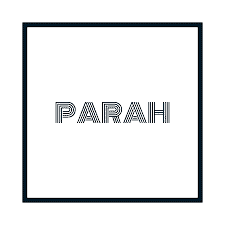 “This is the decree of the Torah, which Hashem has commanded, saying: Speak to the Children of Israel, and they shall take to you a completely red cow, which is without blemish, and upon which a yoke has not come.” (Bamidbar 19:2)

This is an example of Law of the Torah which is considered completely above human comprehension. The paradox is that those who are involved in the preparation of the ashes of the cow become ritually impure, while the sprinkling of water with those ashes is used to remove contamination! It is an example of a Law which must be accepted on faith alone.

On the Shabbat after Purim, two Torah Scrolls are removed from the Ark. The Sidrah of the week is read from the first, and from the second, the chapter of Parah Adumah, the Red Cow (or Red Heifer), is read. It gives the procedure through which people can purify themselves from the contamination caused by a human corpse.

The reading of this chapter was instituted for this time of the year because Jews were required to purify themselves before coming to Jerusalem for the pilgrimage festival of Passover.

This idea is discussed in the commentary to the ArtScroll Ezekiel (pp.534-5), as follows: Freedom of will in moral matters is the first and irreplaceable condition for living one’s life on the higher plane demanded by the Torah. Belief in man’s freedom of action, however, is endangered by the fact that man cannot avoid death and that he is subject to the superficial limitations imposed by the forces of nature.

This belief is particularly shaken by the sight of a dead human being. If the whole human being has succumbed to death, been overpowered by physical forces – If man, like all other organic beings, cannot escape the spell of an overpowering force – then there is no room for the moral “you shall” next to the physical “you must.” Moral freedom of will would then be an illusion, and the Divine law of morality with its demand for total free-willed devotion to the illuminating, purifying fire of its sanctuary would be incomprehensible. (R’Hirsch, Numbers 19:22)

Thus, sin is related not only to death, but also to contamination, which is closely associated with death. Because the sinner is shackled by his desires, he loses spiritual control of actions. He is swept along by the physical lusts that have overpowered his spiritual self. Thus, the most meaningful part of life, the spiritual, has been killed. For this reason, when G-d forgives man’s sin and grants him a new heart and a new spirit, He is imbuing him with purity, the state of mind in which man is the sole master of his actions.

A living (and therefore a pure) person uses his body as he wills; it is his tool to use as he sees fit. The regenerate sinner, upon returning to the state of purity, joins once more the state of the living – and the free. (Chazon HaMikra)

As with the other of the Four Parshiyot, a boy who is not yet of Bar-Mitzvah age should not be called to the Torah for Maftir on Shabbat Parshat Parah, nor should he read the Parshah for others. For since he is free of the obligation of Mitzvot, he cannot enable others to fulfil their obligation through him.