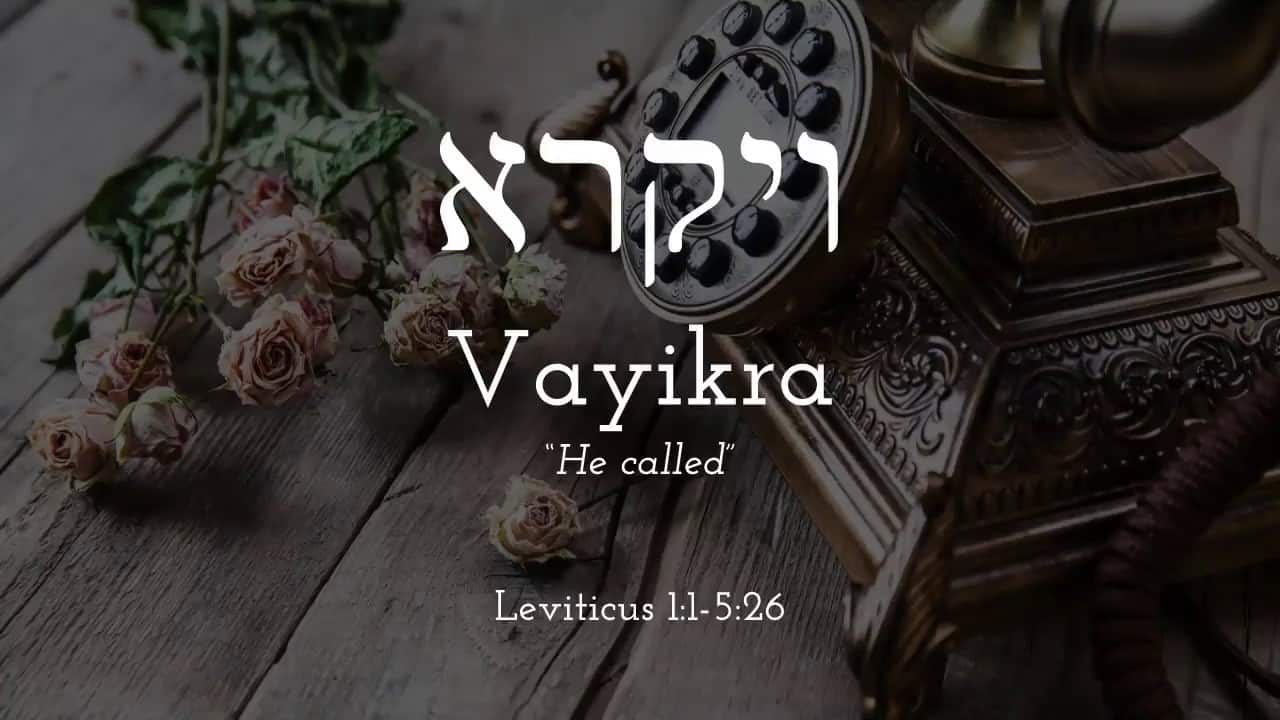 Parashat Vayikra – The Esoteric Secret of the Ramban

The connecting theme in Vayikra is the mitzvah of bringing a Korban (sacrifice) in the Beit HaMikdash. Whatever subject we learn throughout Torat Cohanim, there is always a Korban involved. But more than any other mitzvah there are details, how to bring the korban, what thoughts one should have when bringing them etc.

In fact, the prophet Yesha’ayahu tells us that sometimes our Korbanot are not wanted by Hashem if our behavior is inappropriate. Unlike almost all other mitzvot, if we do not act appropriately, Hashem does not actually want our mitzvah. Why? What is so unique about sacrifices? And where did Yeshayahu learn that Hashem could actually not want a mitzvah? Where is this hinted to in the actual Torah?

In the beginning of our Parsha, the Torah describes the case where one brings a korban in the following words –

“Speak to the Israelite people and say to them: when one brings from among you an offering for Hashem from domestic animals: from the herd or from the flock you may bring near your offering.”

Many commentators dwell on the word מכם – “from among you” as if the Torah describes that the sacrifice is brought from us. In plain Hebrew it sounds as if one is bringing part of himself as the Korban.

Many different interpretations have been given to this Pasuk, but I would like to share a novelty I heard from Rav Sherki, that combines the explanations of the Rambam and the Ramban.

According to the Rambam the reason behind the mitzva of Korbanot is that idol worshipers were used to sacrificing their children. Since they were killing their children as offerings to their gods, there was a concern that Am Yisrael would follow, albeit for different reasons; for the ancient world offered human sacrifices to appease the gods, while the Jewish people would want to sacrifice themselves to connect to G-d as we will explain. Hence, Hashem commanded us to only use very specific animals as Korbanot.

But why indeed would there be such a concern that we would want to sacrifice ourselves?

The Ramban when explaining the nature of korbanot uses the phrase, SOD NE’ELAM.- an esoteric secret.

According to Rav Sherki, the secret the Ramban refers to is as follows: If we were able to ask our Neshama, our soul what it desires most, our Sages[1] teach us that it desires to leave the body and return to Hashem. Our Neshama feels this world is not it’s natural place, rather it longs to reunite with Hashem.

Accordingly, if the Torah would command us to bring Korbanot but leave us to decide what we would bring as the Korban, the Neshama’s answer would be to sacrifice oneself.

We can now combine the answers of the Rambam and Ramban.  There is no inherent argument between them. The Rambam brings the historical reasoning, but of course he agrees to the “secret” the Ramban brings.

If we use this assumption and go back to the pasuk we quoted earlier, we can gain a clearer understanding of it. The will of the Neshama is to sacrifice itself, yet Hashem wanted to teach us, that there is no point in pouring our blood on the Mizbeach. There is no Kedusha in that.

A life of Kedusha is living with Hashem, being close to Him, but living! There is no point in dying. We want to live our lives based on Kiddush Hashem, not dying al Kidiush Hashem.

So, Hashem gave the perfect solution, if one who wants to reconnect and return to Hashem, it is enough that one is willing to sacrifice his soul, because that is the basis of our building a relationship. Hashem doesn’t need the slaughter of our physical body, so we bring an animal instead. But the point is that we are willing to bring ourselves. The Ramban actually states that when one brings a Korban he should imagine himself being slaughtered, because that is what Hashem is seeking from us.

May we all live our lives in such a manner that all things we do are Korbanot to Hashem, in that all our thoughts should always be focused on the will to be MEKADESH SHEM SHA’MAIM.

The Selwyn and Ros Smith & Family