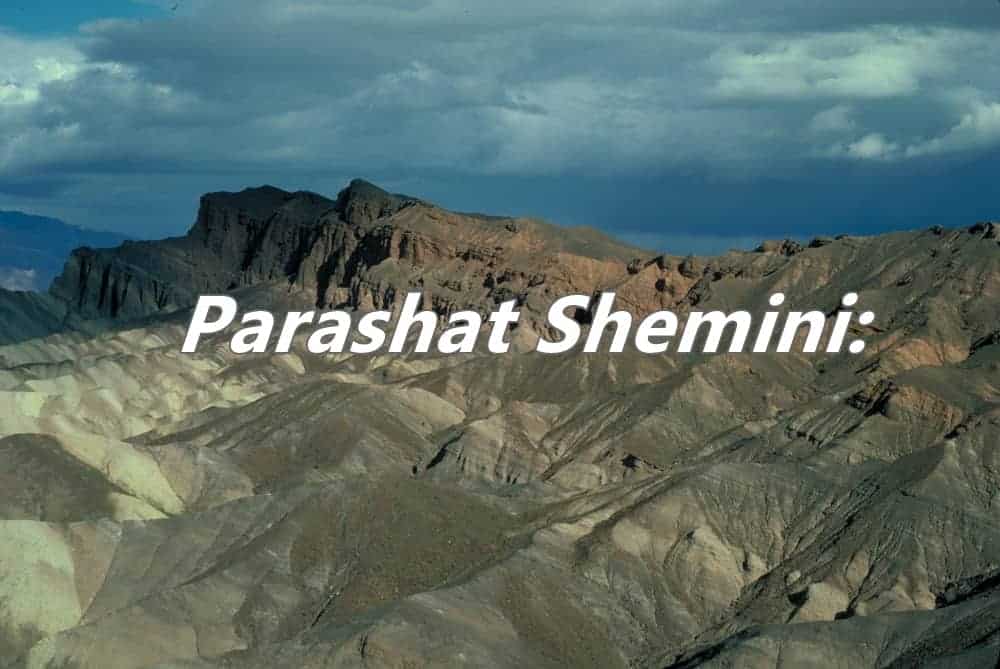 Concluding the 7 days of inauguration for the Mishkan (Portable Sanctuary), Aaron, the High Priest, brings sacrifices for himself and the entire nation. Nadav and Avihu, sons of Aaron, bring an incense offering on their own initiative, and are consumed by a heavenly fire (perhaps the only time when someone did something wrong and was immediately hit by “lightning”).

The Cohanim are commanded not to serve while intoxicated. The inaugural service is completed. God then specifies the species which are kosher to eat: mammals (those that have cloven hoofs and chew their cud), fish (those with fins and scales), birds (certain non-predators), and certain species of locusts. The portion concludes with the laws of spiritual defilement from contact with the carcasses of certain animals.