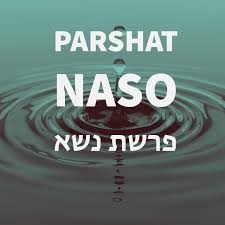 Parashat Nasso – What makes you unique?

What makes you unique? Let’s face it. We share the world with another 8 billion people. Nearly 5 children are born per second worldwide. That means that if you make it throughout this whole article, there will be more than 900 newborns somewhere. More, if you read slowly. So, let’s ask it in a different way: are you unique? Or just a number?

Counting, of course, always has a humbling effect on us. It makes us part of something much larger than ourselves. Sometimes, it can be a positive thing. God counted us several times throughout Sefer Bamidbar as an expression of His love for the Jewish people (Rashi, 1:1). Other times, it can be a disaster. King David, for example, was severely punished for taking a direct count of Israel.

By counting, the individual becomes small, part of a faceless mass. As Stalin infamously said, “the death of one man is a tragedy, the death of millions is a statistic”. That is why counting the Jews had to be done in a very specific manner, that does not invalidate the uniqueness of the individual. Therefore, the Torah uses the very particular expression of “lifting up their heads” when commanding a census, because it had to be an uplifting experience, one that allowed them to be called by name and cared by the greatest leaders of the generation (see Shem M’Shmuel to Parashat Bamidbar). How different is that from being processed by Big data software.

Yet, we must understand. How are we unique? Even if the Torah wants us to feel that way by taking a very considerate and uplifting census, how are we to believe that this is actually true? Most of us have average looks and intelligence. We mostly lead regular lives, with regular problems and solutions. We rarely succeed in changing the world in a distinguishable way. Even the rich and famous of today are quickly forgotten tomorrow. My children have no idea who JFK, Frank Sinatra or Muhammad Ali were.

So, what makes us unique? I believe Parashat Naso holds the answer. With 176 psukim, it is not only the longest parsha in Torah, but also the most repetitive. It painfully goes through the korbanot of each of the 12 tribal leaders on the first of Nissan, the day the Mishkan was coronated.

Surprisingly enough, all of those offerings are exactly the same. Considering that the Torah is extremely concise and even derives mitzvot from lacking or superfluous letters, it is hard to overstate the quandary why it dedicates at length the offerings of the leaders, when it could have simply said “and they all brought the same things”. The whole creation of the world is crammed into just 34 psukim. What is the immense lesson that the Torah is teaching by devoting so much ink to these offerings?

The Midrash Rabbah has a powerful explanation. The Torah quotes each korban, even if they seemed identical, because each leader brought it with a different intention and a different symbolism. There, I believe, is where our true distinctiveness lies. We may all look, dress, eat, work, and play similarly, but we all have infinite richness and diversity under our skins, in our minds and thoughts. Paraphrasing the Little Prince, what is essential and unique, is invisible to the eye.

This is a recurring idea in Torah. Our Sages (Brachot 58a) established the fascinating blessing of “The wise One of secrets” (Chacham Harazim) to be said when encountering 600,000 jews together. That is, when we see a multitude, we cannot appreciate uniqueness. But Hashem is the wise One of secrets, the only One capable of distinguishing the thoughts, desires, and secrets of each one of us.

Similarly, when dealing with the mitzva of “hotzaat hamet” of a Talmid Chacham (the removal of a corpse for burial), the Gemara quotes the opinion that 600,000 Jews should suspend their Torah studies in order to give honor to the dead (Ketubot 17a). The logic is that just as the giving of the Torah took place with 600,000 men present at Sinai, so too, the taking of the Torah at the funeral of a Torah scholar must be with 600,000.

The only problem is, of course, that the Torah is not being taken away from us! Even after the death of a great man, the Torah stays with us, right? Wrong. If we accept that every individual is absolutely distinct from the other, then the death of each one of us is, means the removal of a particular understanding and connection to Torah.

The implications are twofold. First, we must respect and honor our fellow, not for what we can see, but for what we cannot. There is an inherent dignity that emanates from being a unique, irreplaceable being. Second, we should invest in our inner lives and enrich them as much as we can. There is where the real you lives, there is where our eternal holy spark shines.

Rav Jonathan Gilbert – On behalf of

The Selwyn and Ros Smith & Family