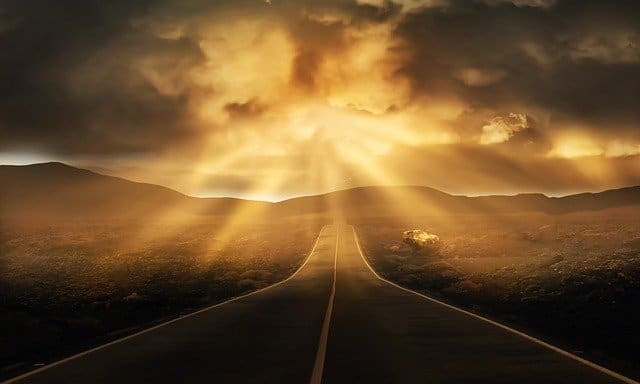 Aharon is commanded in the lighting of the Menorah, the Levites purify themselves for service in the Tabernacle (they trained from age 25-30 and served from age 30-50), the first Pesach is celebrated since leaving Egypt. The Almighty instructs the Jewish people to journey into the desert whenever the ever-present cloud lifts from above the Tabernacle and to camp where it rests. Moshe is instructed to make two silver trumpets to be sounded before battle or to proclaim a Yom Tov (a holiday).

The people journey to the wilderness of Paran during which time they rebelled twice against the Almighty’s leadership. The second time they complain about the boring taste of the manna and the lack of meat in the desert. The Almighty sends a massive quantity of quail and those who rebelled died.

Moshe asks his father-in-law, Yitro (Jethro) to travel with them in the desert, but Yitro returns to Midian. (It has been said that the difference between in-laws and outlaws, that at least outlaws are wanted … Of course, in this case the father-in-law was wanted.)

Miriam, Moshe’s sister, speaks lashon hora (defaming words) about Moshe. She is struck with Tzora’at (the mystical skin disease which indicated that a person spoke improperly about another person) and is exiled from the camp for one week.