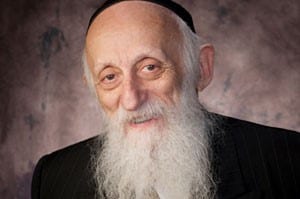 One Day at a Time Rabbi Dr Twersky on the Parasha

In my work treating alcoholics, I have found that the greatest success for sustained abstinence from alcohol is through participation in the program of Alcoholics Anonymous. One of the fundamentals of this program is taking “one day at a time.” The addicted alcoholic cannot conceive never again being able to drink. Inasmuch as he has relied on alcohol to feel good, he sees a lifetime of sobriety as being completely unrealistic. There is no point in even trying to do the impossible.

Therefore, he is taught a new philosophy, “Take one day at a time. There is nothing that you can do today about tomorrow’s drinking, so there is no point in thinking about it. It is not impossible for you to stay sober just for today. That is certainly within your ability. So stay sober today, and when tomorrow comes, you can deal with its challenges then.”

One of my friends would write down each day how many days he had been sober. When he died at age 83, it was found that the night before he had written the number 16,472. He had been sober for 46 years because he took one day at a time.

The concept of taking one day at a time was promoted by Alcoholics Anonymous, which originated in the mid 1930’s. More than 150 years ago, Rabbi Moshe Sofer (Chasam Sofer) cited the above verse as teaching this concept.

The Talmud quotes ben Sira, “Do not agonize about tomorrow’s problems, because you have no way of predicting tomorrow” (Sanhedrin 100b). The Chasam Sofer says that this is the way one can vanquish the yetzer hara, the lower self. If a person thinks that he must resist the yetzer hara’s temptations throughout his entire lifetime, he might consider it impossible and may give up without trying. Therefore, Chasam Sofer says, think about resisting the yetzer hara only today. That is certainly within everyone’s abilities.

This is what Moses told the Israelites. “You can cleave unto God and observe all His mitzvot if you think only about living this day. Don’t take on tomorrow’s challenges today.”

I am indebted to one of my alcoholic patients who called me, citing the verse in the Torah which says that Jacob love Rachel so intensely, that the seven years he had to wait for her seemed to him like just a few days (Genesis 29:20). He noted that some commentaries say that this is contrary to nature. Separation from someone you love makes each day seem endless, rather than the reverse.

“But if you look closely at the words in the Torah,” my patient said, “the answer is obvious. The Torah says that the seven years were yamim achadim, which means single days. Jacob was able to tolerate the long separation because each day he thought, `I only have to deal with today,’ and that was doable.”

It is standard operating procedure for people to make “New Year resolutions,” and it is common knowledge that they invariably fail. The reason is that “I will not smoke this entire year,” or “I will not eat excessively this entire year” is too great an undertaking, and one fails because one cannot conceive of succeeding. The correct thing to do is, as Chasam Sofer says, to tackle only today’s problem today. Breaking a resolution down to bite-size pieces makes it feasible to keep.