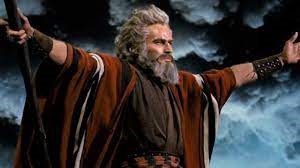 Motivation of the Spies

Greetings from the holy city of Jerusalem!

In this week’s parsha, G-d tells Moses, “Send forth men to spy out the land of Canaan that I am giving to the Jewish people” (Numbers 13:2). Logically, we would assume that this is the beginning of the story. In Parshat Devarim, however, when Moses reminisces about all the events that occurred during the Jewish people’s 40 years in the desert, he reveals a different incentive for sending the spies: “And you all drew near to me and said, ‘Let us send men ahead of us to spy out the land'” (Deut. 1:22). After the people made this request, Moses consulted G-d to determine what to do, and G-d allowed the expedition to take place.

The Be’er Mayim Chaim wonders why Parshat Shlach picks up in the middle of the dialogue. Rather than the parsha beginning with G-d’s response (“Send forth spies”), it should begin with the Jewish people’s initial request!

Furthermore, the Torah tells us that Moses sent “anashim” (men) to spy out the land (Numbers 13:3). Rashi explains that the word “anashim” refers to distinguished, important people. In fact, the men who were sent on this mission were the leaders of their tribes. This seems strange. If Moses wanted to spy out the land, why did he send the most eminent rabbis? It would have been more sensible to send out professional spies!

As the story progresses, we see that most of the spies return with a negative report about the land. These people subsequently die in a horrific plague (Numbers 14:37; see Sotah 35a for the gory details). Obviously, the incident with the spies was considered to be a grave error. How, then, are we to understand this week’s Haftorah, in which, 40 years after this incident, Joshua sends spies as well (Joshua 2)?! The spies in the time of Joshua are not condemned or punished; on the contrary, their behaviour is seen as permissible or even commendable. What is the difference between the two situations?

The Slonimer Rebbe, in Netivot Shalom, teaches that Moses and the Jewish people had different reasons for sending spies into the Land. Moses trusted G-d completely. He had no doubt that the land was good; he merely wanted to define its energy, to learn how to prepare for it in the best possible way. The Jewish people, on the other hand, had a different motivation. They were wary of entering unknown territory — even though it had been Divinely promised to them — and thus were primarily interested in investigating the physical and material nature of the Land.

According to the commentator Ohr Gedaliyahu, the spies’ challenge was whether to carry out Moses’s mission or the Jewish people’s. Whose agents were they going to be? Would they be guided by Moses’s perspective, and look at the land through spiritual eyes, or would they instead see the Land from the physically oriented perspective of the Jewish people?

This whole episode teaches us a valuable lesson. In our own lives, whenever we do a mitzvah, we must ask ourselves why we are doing it. Whose mission are we carrying out? Whose agents do we want to be? Are we doing the mitzvah for ourselves, or for G-d? Our focus makes all the difference. If we do a mitzvah for the right reasons, we grow in the right direction. If we do the same mitzvah, but for our own selfish motives (money, power, honour, etc.), we move in the wrong direction.

Now we can understand why Parshat Shlach begins with G-d’s response to the Jewish people, instead of their initial request. Since the people’s request is not mentioned, we can learn that the spies were not intended to be guided by the people’s motivations. The Talmud (Sotah 34b) also sees a hint to this idea in the wording of G-d’s response to Moses, “Shlach lecha“ (literally, “Send for yourself”). The Talmud interprets the seemingly superfluous word “lecha” as meaning “from your [Moses’s] perspective.” In other words, G-d excludes the perspective of the Jewish people from His command, implying that the spies should not go on their mission for the people’s reasons.

This explains why Moses selected spiritual leaders for this mission instead of professional spies. Moses was not interested in physically spying out the Land; rather, he wanted to investigate the land’s spiritual makeup. The best-equipped people for such a task were those steeped in spirituality.

Now we can also understand the difference between the incident with the spies in this week’s parsha and the spies who were sent in the time of Joshua. In Parshat Shlach, when the spies return, the Torah tells us, “The spies came … to report to the Jewish people” (Numbers 13:26). This verse indicates that the spies were primarily focused on doing the will of the people. In the time of Joshua, however, the verse tells us that the spies “came to Joshua and told him all that had happened to them” (Josh. 2:23). The spies sent by Joshua reported back to him alone. This indicates their pure motivations.

May we be blessed to go in the ways of the righteous, and follow the ways of G-d, in order to ensure that all of our actions are done for the right reasons.

Rabbi Abba Wagensberg is a disciple of Rabbi Chaim Pinchas Scheinberg and is a popular lecturer in Jerusalem and throughout the Jewish world. Originally from New Jersey, he now lives in the Old City of Jerusalem.