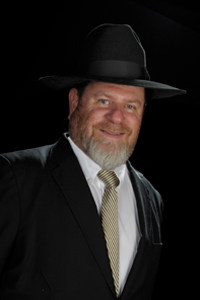 David was born in Johannesburg. After graduating King David Linksfield High School, he studied in Israel before returning to South Africa to study at the Jewish Students University Program (JSUP). David then learned at Yeshivat Hamaharsha before returning to Israel where he attended Yeshivat Ohr Somayach. While still a teenager he studied Chazanut and voice production and continued to pursue his Cantorial studies while in Yeshiva. He served as an Officer and Army Chaplain in the SADF. On leaving the Military he joined Carmel School in Pretoria as Head of Jewish Studies and simultaneously served as the Chazan Rishon of the Victory Park Shul. David established a daily Yeshiva Program at the Congregation, which inspired many of those who attended to pursue Rabbinical studies themselves, and who now serve congregations around the world. David then accepted a position with the SA Board of Jewish Education at JSUP where he lectured at the Hebrew teachers Seminary and Jewish Studies teachers course and was the Registrar and senior lecturer at JSUP. He was appointed Director of Studies of the Mount Scopus University Program, and concurrently served as Menahel of Keter Torah, a Torah Community for professionals. He then moved to Head up the Division of Informal Jewish Education(DIJE), and was appointed Educational Director of the outstanding Beit Hamedrash Hagadol in Sandton.

In 1999, David, his wife Renee, and their two children, were invited to join Moriah College where David set up a Department of Informal Jewish Studies which enjoys an international reputation as one of the premier informal facilities in the Jewish world today. David was the Chazan at the Hugo Lowy Synagogue for a decade. He has been involved in Jewish Education for over 25 years. His warm, charismatic style and boundless energy has inspired thousands of students, both in and out of the classroom.

In May 2009, David joined the full-time team at the JLC in the capacity of Dean. David conducts a number of learning sessions across a broad spectrum of ages, both one-one-one and in small groups, as well as public Shiurim. His speciality is teaching people to learn how to learn!

David and his family have now returned home to South Africa, and more particularly, home to Sandton Shul.

David is available through the Shul office but come to Sandton Shul on Shabbos to personally welcome David and his family home. 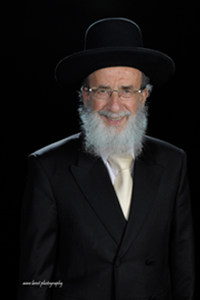 Rabbi ZS Suchard is a Dayan of Beth Din of Johannesburg and for the past 36 years has been the spiritual head of Beth Hamedrash Hagadol Sandton one of the fastest growing communities in South Africa.

Rabbi Suchard was born and educated in South Africa, and was one of the first minyan of students at Yeshiva College. He spent 11 years in the famous Telshe Yeshiva, as a student and then as a lecturer of Talmud. He was ordained by Rabbi  CH M Katz. Recieving a call from South Africa he returned as a senior lecturer at Yeshiva College and also was the founding Dean of Menora Girls High. 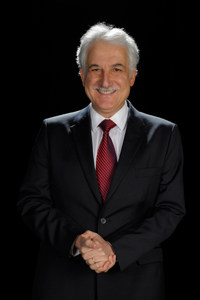 Even in childhood, Avron had a passion for music, both as a singer and pianist. He joined the Great Synagogue, Wolmarans Street choir, just after his grandfather, Cantor Israel Alter retired.

He cut his musical teeth by singing in the synagogue choir as a soloist and gained liturgical knowledge from his father, Eleazer Alter, and his choirmaster Rev. Himelstein.

He studied classical and jazz piano and voice production, and has performed with many bands throughout the years. Avron has appeared in many concerts and shared the stage both locally and internationally with a long list of renowned artists.

Avron officiated in a number of synagogues throughout South Africa during the High Holidays, before being appointed as the Chazan at Chabbad of Sandton, where he remained for many years.

Currently, he is the Chazan of the Beth Hamedrash Hagadol Sandton. Avron is a Baal Tefillah who uses all forms of spiritual and inspirational music, to enhance his Tefillot and inspire his congregation in prayer.

Avron practices professionally as a dentist and is married with four children.