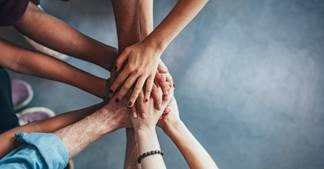 In the midst of his speech to the Jewish people, Moshe exhorts them to go in the ways of G-d. The Sifri explains that a person should emulate the character traits of G-d – for example, in the same way that He is kind, a person should be kind. Thus, when a person does an act of kindness, it would appear that he fulfils this mitzvah of emulating G-d.

There is another Mitzvah that a person fulfils when doing kindness – that of love your neighbour like yourself.1 Accordingly, the question arises as to why there are two Mitzvot for the same action. My Rebbe, Rabbi Yitzchak Berkovits, Rosh Yeshiva of Aish HaTorah, suggests that there is a fundamental difference in the two mitzvot in that the motivation for each mitzvah is very different. Rabbi Berkovits suggests that the primary aspect of ‘love your neighbour’ is to develop a love for one’s fellow man, and this motivates a person to help him in the same way that he would help. himself.2 Thus, if one’s focus is on the desire that his friend succeed, and his concern for his well-being, then he fulfils ‘love your neighbour’.

In contrast, the underlying focus of the mitzvah to go in G-d’s ways is to improve one’s character traits so that they emulate those of G-d. Therefore, just like G-d is kind, a person should strive to be kind. Accordingly, if his primary focus is on improving his character traits in order to emulate G-d, then he fulfils the mitzvah to go in God’s ways.3

Needless to say, it is possible and ideal to simultaneously have both intentions and thereby fulfil two mitzvot at the same time. One person who exemplified both aspects of doing kindness was Rabbi Shimshon Pincus. There are numerous examples of his outstanding kindness that seemed to emanate both from his trait of being kind and his great love of his fellow man. The following example shows how on occasion, doing kindness might require considerable effort and time, and yet, just like G-d’s kindness limitless, a person should strive for his kindness to be as limitless as possible.4

A couple from Ofakim where Rabbi Pincus was the Rabbi, gave birth to a premature baby in Jerusalem. The baby would have to remain there for at least three weeks. The doctors urged the mother to remain nearby so she could feed the baby herself, because that would aid the baby’s development and enable him to come home earlier. Unfortunately, this was not possible, so instead the hospital said they would feed the baby with special formula milk, which was not as effective as mother’s milk.

The father relates what happened next5:

“…I went to Rabbi Pincus who was like a father to us all, to share the exciting news personally, and he in turn wished me a hearty Mazal Tov and Refuah Sheleimah (a blessing to be healthy) to both the infant and mother. Three days later the Rabbi called me over after Shacharis and informed me that he was traveling to Jerusalem that day and would be happy to deliver mother’s milk to the hospital….Presuming the Rabbi was traveling to the city center, which is nowhere near the hospital, I tried to dissuade him…yet Rabbi Shimshon refused to take no for an answer…This was the first of numerous trips that Rabbi Shimshon made on our behalf to the hospital. Incidentally, the Rabbi ‘just so happened’ to travel to Jerusalem every day for the next two weeks, and he insisted on delivering a daily shipment of mother’s milk to the hospital, since he was ‘going anyway, and what a shame to forfeit such an opportunity’. I have no doubt that these trips were made especially on our behalf.

This level of kindness is already incomprehensible, but when the father came to take the baby home, he found out the full extent of Rabbi Pincus’s kindness. The first time that he brought the milk, he suspected that the nurses had no intention of feeding the milk to the baby, as it takes more time and energy than feeding formula. Accordingly, he obtained special authorization as the ‘Family Rabbi’, despite the fact that official hospital policy permits entry only to parents and grandparents. He visited the emergency unit every day and with endless patience, fed the baby it’s mother’s milk.6

Needless to say, Rabbi Pincus reached a level of kindness beyond most of us, yet his example can motivate us to make a little extra effort in our fulfilment of the mitzvot of Kindness – to love one’s fellow, and to emulate God’s ways.