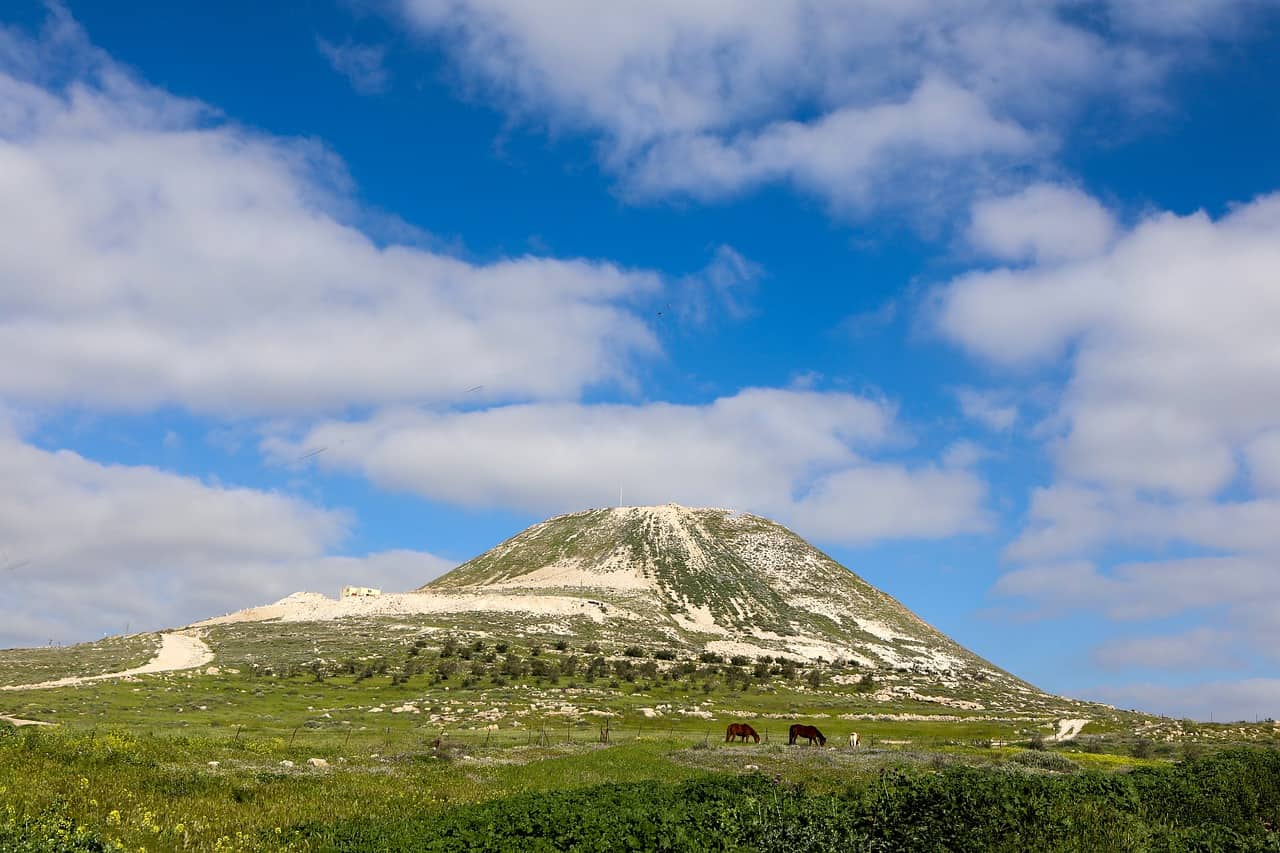 Interesting Exchange between the Head of the Anglicans and Our Chief Rabbi. If you have not read this, I am sure you will find it most informative!

A Pastoral Letter on the tragic situation in Palestine and Israel

My dear Sisters and Brothers,

In September 2019, our Provincial Synod passed a resolution expressing our strong support for justice for the Palestinian people. We did not do this lightly: our own experiences and the way the Christian faith was manipulated in the service of apartheid meant that we could not keep silent in the face of similar developments elsewhere.

Our resolution was a cry from the heart aimed at avoiding new outbreaks of violence such as that we have seen recently in the Holy Land. The indiscriminate attacks on whole communities which we saw are to be condemned in the strongest of terms, particularly when aimed at the blockaded territory of Gaza, which has taken on the nature of a huge open-air prison.

The rise in tensions which lay behind the recent violence is partly attributable to attempts to evict Palestinian families from their homes in a largely Palestinian neighbourhood of Jerusalem, and to replace them with Jewish settlers. It shocks the conscience to learn that Israeli law gives Jewish people the right to return to property said to have belonged to them before the state was established in 1948, but that Palestinians have no such right.

The dispute over land goes to the heart of the conflict: because Israel has been declared a homeland for the Jewish people, those of Jewish descent who have no connection to the land other than that biblical Israel was the historic home of their faith have the right to settle there. Yet Palestinians who fled or were expelled from their homes in 1948 have no right to return to their land and properties. And in recent years, the invasion of Palestinian territory occupied by Israel in 1967 by Jewish settlers renders any “two-state solution” even less viable than our Bantustans were.

The current state of affairs is unjust and evil. We therefore call for an arms embargo to be placed on all fighting forces in the region, just as there was a United Nations arms embargo on South Africa. We also call for other pressure, including sanctions, to be imposed to bring all the parties around a conference table to negotiate a just peace.

God must be weeping when God sees what is happening in the place where Jesus was born, lived, died and rose again. The “Holy Basin” should be a place where God’s reconciliation is showcased, but the current imbalance of power means that the Palestinians are suffering disproportionately.

We pray for those working for change. We pray for citizens across the world as they rise up in protest. We pray for a united response from across the world and we pray that the Holy Spirit will intervene and unite us across all barriers so that what happens in the Holy Land will surprise us and that we will glorify God because of it. It is possible. We must not lose hope. We must not become cynical. Let us hold onto faith, hope and love. And the greatest of these is always love.

May God bless you during Trinitytide.

In your recent letter to Anglican Church members, you attack Israel in very harsh terms, casting it as evil, unjust and comparable to apartheid South Africa. You are making a terrible mistake that endangers your own Church. Allow me to explain.

Archbishop, we have known each other for many years and worked together for the good of South Africa on a number of important matters. I fondly recall how we joined forces in protesting the corruption of state capture and being part of the civil society movement to restore integrity to our country.

On this matter regarding the Israeli-Palestinian conflict, however, I wish to express my deep disappointment in the moral confusion of your letter and disregard for the facts.

The facts remain that Israel is the only free democracy in the Middle East – a country whose citizens, be they Jewish, Christian or Muslim, enjoy complete equality. All citizens, regardless of religion, ethnicity or any other marker, have the right to vote, and to serve in government.

At this very moment, it is an Arab-Islamic party that has shifted the balance of power in government and is a central member of a coalition that looks set to remove Israel’s current Prime Minister, Benjamin Netanyahu, from power. In what sense of the word can this be called apartheid? It is a defamation of the Jewish state, disrespectful to the victims of apartheid and a dangerous lie, which brings to mind the Christian blood libels against Jews in medieval Europe.

If, Archbishop, you are referring to the continued absence of a Palestinian state in the disputed territories of the West Bank and Gaza, the onus for this falls squarely on Palestinian leadership. In 1947, it was the Arab world that rejected the UN resolution proposing the establishment of a Jewish and Palestinian state side by side.

Instead, the armies of five neighbouring countries invaded the small, nascent Jewish state of only 600 000 Jews, many of whom were Holocaust survivors. And then, between 1948 and 1967, these territories were in the hands of Jordan and Egypt, respectively, and still there was no Palestinian state. Since the Six Day War in 1967, these areas have been under Israeli control, with successive Israeli governments making substantive offers for the establishment of a Palestinian state in these territories, with Jerusalem as its capital. Each of them has been turned down.

This is not a dispute over land. It never has been. It is about the Palestinian leadership’s ongoing refusal to accept the existence of a Jewish state at all. The Hamas charter calls for the annihilation of the Jewish state, and its leaders call for the beheading of Jewish citizens and the total genocide of Jews wherever they may be. It is this murderous ideology that inspires them to murder as many civilians as they can and to use their people as human shields to protect their rockets. It is indisputable that if Israel laid down its arms tomorrow, there would be another Holocaust of the six million Jews who live there. Hamas in the south, Hezbollah in the north, Iran to the east, have all made that abundantly clear.

Peace could be achieved and the heart-breaking suffering of the Palestinian people could be immediately alleviated with the establishment of a Palestinian state, living in peace, side by side with Israel, were it not for the violent extremist ideology of Hamas that seeks the total annihilation of the Jewish state.

Archbishop, in your support for Hamas, you are not only perpetuating the suffering of Palestinians, and working against peace in this painful conflict – you are on the wrong side of history and in neglect of your most basic moral duty to protect the Anglican Church of Southern Africa, which is your parish. For while you castigate Israel for defending itself against violent extremists, know that the very same violent religious ideology drives extremists right here on our borders, and their intended victims are your Christian congregations.

In northern Mozambique, there is a religious war being waged by Ansar al-Sunna, known locally as Al-shabab, a militant-Islamist group that pledges allegiance to ISIS and shares the same violent ideology as Hamas, both of whom are funded by Iran. Archbishop, by supporting the Hamas leadership and by calling for sanctions against Israel, you are strengthening the hand of this violent, extreme form of Islam, which is rejected by millions of peace-loving Muslims the world over, and which poses a mortal threat not only to Jews in Israel, but to others around the world, including the innocent Christian citizens of our neighbour, Mozambique.

The Institute for Security Studies has confirmed that there are now South African citizens who have crossed over the border into Mozambique to join up with Ansar al-Sunna. There have been BBC reports of beheadings of children in this conflict, and in recent years, more than 700 000 people have been displaced and more than 5 000 have been killed. And it’s not only Mozambique. Over the past year alone, around 4 000 Christians in Africa have been killed by Islamist extremists – Islamists who share Hamas’s ideology. More than 4 000 churches have been burnt to the ground.

Archbishop, these people were murdered because they are Christian. Where is your voice in defence of your own parishioners? Not only are you silent on this issue, you publicly support the allies of the perpetrators of these horrors. When you support Hamas, you endorse the ideology of Ansar al-Sunna, Al-Shabaab, Boko Haram and ISIS, and jeopardise Christians across Africa.

You reserve your criticism for Israel alone – the only safe place for Christians to practise their faith in the entire Middle East; the only free democracy in the region. Why? Why are your church synod resolutions dripping with classic antisemitic Christian replacement theology?

Why do your church resolutions and public statements assert that today’s Jews are not the Jews of the Bible, and that we have no legitimate claim to the land of Israel? How dare you? We, the Jewish people, are the direct descendants of Abraham, Isaac and Jacob. And there has been an unbroken Jewish presence in the land of Israel from the moment God said to Abraham in the Book of Genesis: “Go forth to the land that I will show you.”

I thought long and hard about whether to write these words in public because of our longstanding friendship. But I feel I have no choice. You are making a terrible mistake, and I believe there are many members of your own church who disagree vehemently with your views on this matter. I think it’s time for your church to have a public discussion on these issues, and indeed for all religious leaders to reflect deeply on this ideological battle between violent religious extremists and people of faith who are moderate and decent.

As religious leaders – Muslim, Christian and Jewish – now more than ever, we need to come together to stand up against the violent religious extremism which threatens us all; we need to come together to support the forces of freedom, democracy and tolerance that make peace possible; and we need pray to our Father in Heaven to bless humanity with the fulfilment of the Divine promise of a time when “nation will not lift up sword against nation and neither will they learn war anymore”.