Mazeltov to Bernard and Anne Tanner on the birth of a granddaughter and mazeltov to parents Danny and Carla Blumberg.    Condolence on the passing of Abe Maram husband of Rhona Maram, father of Brian, Janine and Lawrence, brother of Morris Maram and Jack Maram.    Mazeltov to Farril and Kelli Rosen on the birth of a daughter and mazeltov to grandparents Hylton and Linda Rosen.    Condolence on the passing of Joyce Levenson mother of Della Lawrence, Steven, David and Lawrence Levinsohn
The Sirens of Rabbi Akiva: Corona and Sefirat HaOmer by Tuvia Ganz 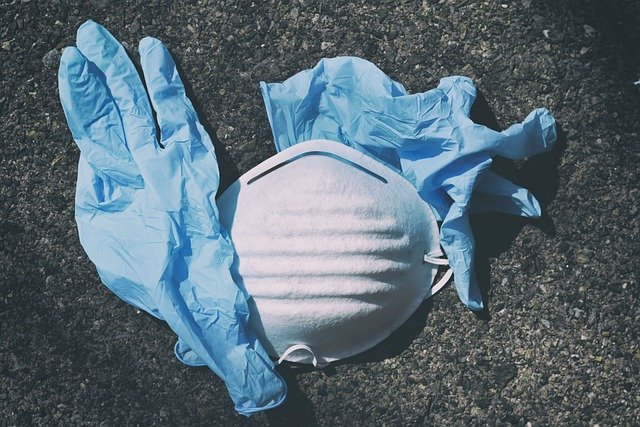 The Sirens of Rabbi Akiva: Corona and Sefirat HaOmer by Tuvia Ganz

The death of Rabbi Akiva’s disciples that has an eerie resonance of the pandemic we face today.

As the coronavirus spreads its ugly scourge across the face of the planet, and as we’re inundated with an overwhelming number of media reports, press conferences, health notices, and videos, one particular text message caught my attention.

“I hear sirens passing by every minute,” it read.

Sirens are indeed wailing around the world. And it seems, especially across the Jewish world.

A plague is upon us. It has landed like a hammer on a nail. We have been forced into complete isolation and death is staring at us around every corner.

A few weeks ago, it was Purim, one of the most joyous holidays in the Jewish calendar. A story of V’nehapachu – turnabout, whereby a tragic and evil decree was reversed.

But as we were celebrating Purim, another reversal has occurred.

There we were, feeling confident that we would be immune, as long as we didn’t shake hands. We were inspired by the words of the Scroll of Esther that the month which had been transformed for them from one of sorrow to gladness, and from mourning to festivity would apply to us as well.

We went from gladness to sorrow, from festivity to mourning, and we are suffering through of one the greatest plagues of modern times.

But the opposite has happened. We went from gladness to sorrow, from festivity to mourning, and we are suffering through of one the greatest plagues of modern times. Passover, a time of families uniting, was celebrated in isolation. Nissan, the month of freedom and redemption, is sadly turning into a month of mourning.

The United States is on full or semi lockdown until April 30th. And that date might yet be extended. National health experts project the “peak” to happen now and the danger still extends beyond that.

The timing is remarkable. We are in the midst of the days of Sefirat HaOmer, the days between Passover and Shavuot which should have been the happiest of times. It is the time between the redemption and exile from Egypt to the celebration of receiving the Torah on Mt. Sinai.

But instead, we have days of mourning. We don’t get haircuts, and we don’t make weddings, we don’t listen to music.

Why? Because 24,000 students of Rabbi Akiva died between Passover and Shavuot. But consider the following:

Yet none of these are given as the classic reason for the mourning period. We are taught that we mourn because of the death of Rabbi Akiva’s 24,000 students.

Why we are so focused on these 24,000 students? Yes, it was a most tragic event, but the Jewish people have, unfortunately, had so many greater tragedies over the millennia. One doesn’t have to go back more than 75 years to witness the greatest holocaust ever perpetrated on the Jewish people. That was six million Jews!

The Talmud says that the reason the 24,000 students died was because of their lack of respect for each other. Granted, that’s not good behavior. But we’ve never been angels. The Torah is full of humanity’s failures. Why was this particular tragedy so important, that we mourn for so lengthy a time?

The answer is that Rabbi Akiva was the greatest sage of his time. He is most known for espousing “V’ahavta l’reiacha kamocha – love your neighbor like yourself.” His students were the crème de la crème and they failed on the basic interpersonal mitzvah. We can assume that these students fulfilled all the obligations of the Torah – kashrut, Shabbat, tefillin, tzedakah – and indeed were learning Torah all day. But they apparently didn’t show respect for each other, and Hillel says that “love your neighbor like yourself” is equal to the entire Torah. And if they couldn’t keep that commandment then it was as if they were undermining all of their learning and observances.

In ordinary times, perhaps they wouldn’t have been subjected to such a strict judgment. But these students were held up to the highest scrutiny because they were so great and had the most illustrious teacher possible.

It is also noted that that period was a potential messianic age. Had Rabbi Akiva’s students succeeded in the trait of loving others, the messiah would have come at that time. Their failure brought about a reversal that moved the Jewish nation into the opposite direction. The students died and they “killed” the messianic possibility at that time. It is for that reason that we mourn for such a long period of time. It wasn’t just any tragedy. It was the tragedy – that the Jewish people missed the most incredible opportunity. And we’ve been mourning that ever since.

What is the essence of the negative attribute of not showing respect to one another?

And God has no tolerance for such arrogance.

So the sirens are wailing. And they’re wailing at this particular time. For the whole world. And for us Jews who are wondering why it seems to be that our specific communities – the apparent crème de la crème – is suffering disproportionally to the rest.

We must ask ourselves, “How are we treating others?” – be it in interpersonal relations – or in business – or infighting between factions. Are we being fair with people? Or taking advantage of our perceived strengths and invincibility? Are we grateful to people who do things for us? Or work for us? Are we arrogant? Are we looking at other Jews with a sense of elitism?

We need to take this time in quarantine, inundated by a deluge of sad news, to see humanity as all made “b’tzelem Elokim – in the image of God.” There is no room for arrogance. The coronavirus doesn’t differentiate between age, gender, religion, or nationality. God is showing that to the entire world.

I will leave you with the Talmud’s account of the death of Rabbi Akiva’s disciples that has an eerie resonance of the pandemic we face today:

It was said that Rabbi Akiva had 12,000 pairs of disciples from Gabbatha to Antipatris; all of them died at the same time, because they did not treat each other with respect. The world remained desolate [of Torah] until Rabbi Akiva came to our rabbis in the south and taught them Torah. These were Rabbi Meir, Rabbi Yehuda, Rabbi Yossi, Rabbi Shimon and Rabbi Elazar ben Shammua, and it was they who revived the Torah at that time. A tanna taught: All of them died between Passover and Shavuot. Rabbi Chama bar Abba, or some say Rabbi Chiya bar Avin, said: All of them died a cruel death. What was it? Rabbi Nachman replied: Croup.5

Croup, like the Coronavirus, is an inflammation that is associated with infection and causes breathing difficulties, and is spread by respiratory droplets.

Let us examine our sense of self, our ego, our feelings of elitism, and add that to our usual teshuva, tefillah, and tzedakah – repentance, prayer and charity – so that we annul this evil decree.

And let us hope that with the grace and mercy of God, this year’s Lag B’Omer – the day when the plague afflicting Rabbi Akiva’s students ended – comes very early this year.