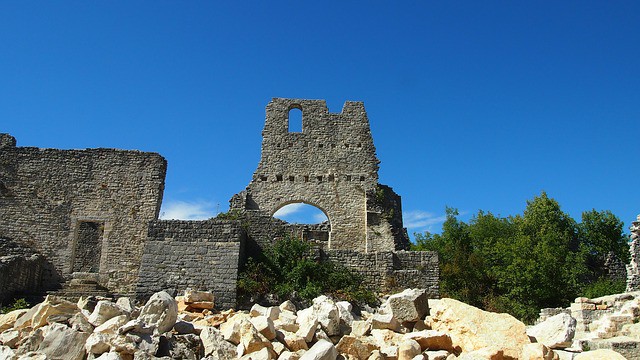 What was the greatest of the miracles which we read about in the Torah’s account of the Exodus from Egypt?

Was it the plethora of supernatural plagues – anywhere from 10 to 250 according to the Sages quoted in the Haggadah – visited upon the Egyptians?

Was it the fact that millions of former slaves marched out, in broad daylight, from a land from which no single slave had ever escaped?

Was it the splitting of the sea which allowed a pursued people to cross on dry land while their pursuers drowned?

All of these were indeed great miracles, but if we wish to identify the greatest miracle of all we must turn to the passage in which G-d informs Moshe “I shall strengthen the heart of Pharaoh and he will pursue them.” (Shmot 14:4)

In his commentary on this passage Ramban points out that there was a need to harden the heart of the Egyptian ruler because he had been so intimidated by the plagues that he was glad to see Moshe take the people out of the land and had no interest in pursuing them. In the Divine plan that “I will be glorified through Pharaoh and his entire army” it was necessary to virtually coerce this wicked ruler to race to his own destruction. In a later passage (14:17) that describes the scene at the sea, there is a repetition of this “strengthening of the heart of Egypt and they will come after them.”

This Heavenly intervention in the decision of Pharaoh and his army was necessary because they saw the sea split and the Israelites crossing on dry land in its midst. How could they then have had the courage to pursue them in order to harm them? None of the miracles that occurred could compare to this, for theirs was an act of insanity brought about by G-d’s hardening their hearts to enter the sea.

What makes this miracle of Heavenly intervention stand out from the rest?

It is our fundamental belief that “everything is determined by Heaven except fear of Heaven.” The Creator of man endowed him with free will and it is therefore his freedom to choose good or evil which makes him susceptible to retribution.

There is, however, one exception!

In his personal affairs the ruler may also have free will, but if his decision affects a nation or the world, he becomes a mere puppet in the Divine plan.

History is filled with examples ranging from the sudden change of heart of Esav who threatened to destroy the Jewish people by murdering his brother Yaakov, to the insanity of the Nazis opening a second front in Russia which brought an end to the Third Reich. In between these world-shaking turnabouts is the madness of Pharaoh rushing into the sea.

Of course, water turning into blood and the rest of the ten plagues are miracles, but they are really nothing more than a dramatic demonstration of the Creator’s control over His creation. But when the Creator shows that even in that sphere of life in which man is given control, that power can be taken from him and he is orchestrated for self-destruction, Pharaoh’s self-destruction becomes the greatest miracle of all!

This is why Pharaoh’s self-destruction is the greatest miracle of all.

An important lesson can be learned from the above-mentioned observation of King Shlomo and the historical vindications of his wisdom. Everyone is wondering what the new people coming to power in Arab lands will be like in regard to Israel and how their decisions will affect the entire world. This is the time to remember that their hearts, like those of the ones they removed from power, are in the hands of G-d. We can only pray that G-d will direct those hearts to seek peace for the benefit of Israel and the entire world.