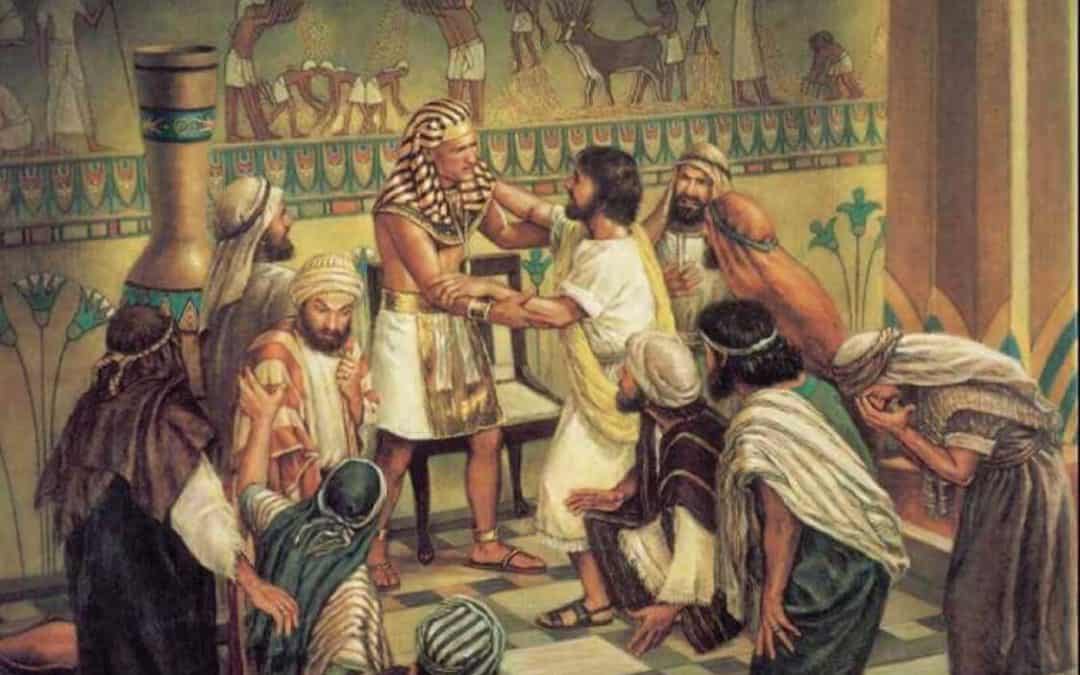 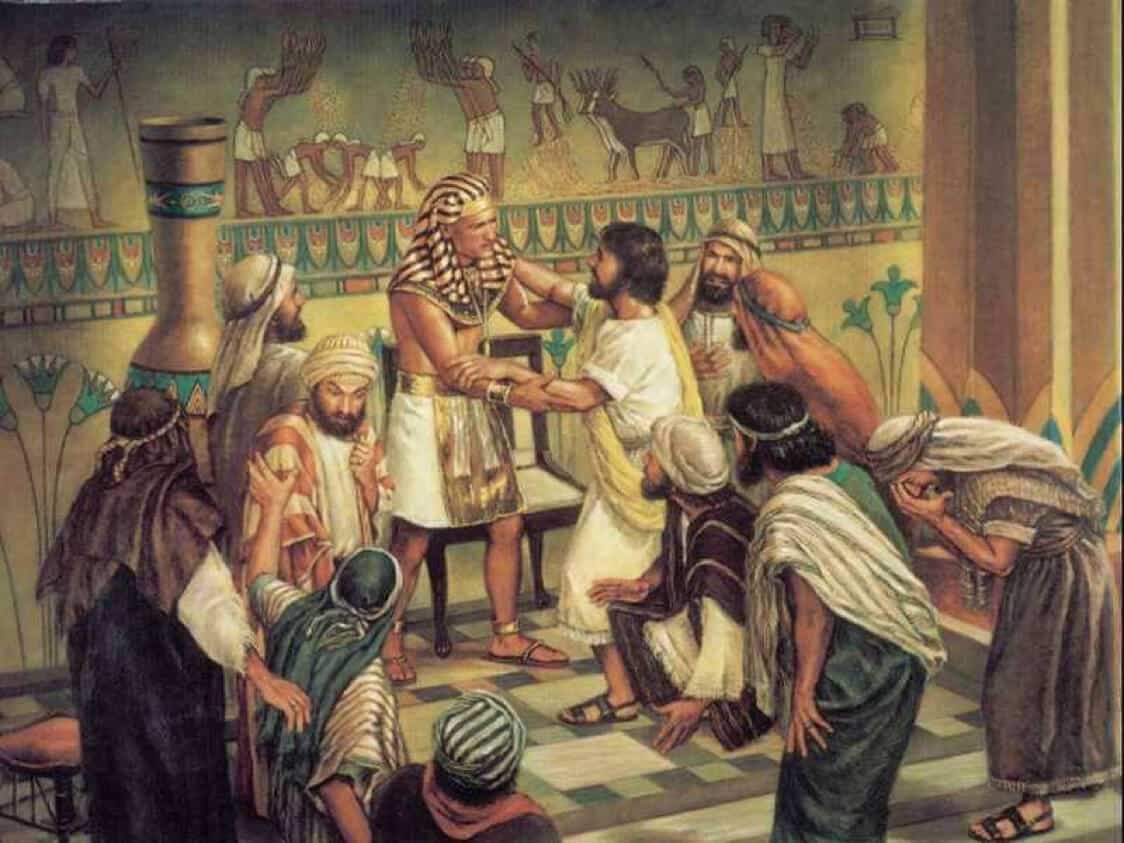 Pharaoh dreams of cows and sheaves and demands for someone to interpret his dreams. The wine butler remembers Joseph’s ability to interpret dreams. They bring Joseph from the jail. Pharaoh acknowledges the truth of Joseph’s interpretation (that there would be seven good years followed by seven years of famine) and raises Joseph to second-in-command of the whole country with the mandate to prepare for the famine.

Ten of Joseph’s brothers come to Egypt to buy food, Joseph recognizes them, but they do not recognize him. Joseph accuses them of being spies and puts them through a series of machinations in order to get them to bring his brother Benjamin to Egypt. Then Joseph frames Benjamin for stealing his special wine goblet.