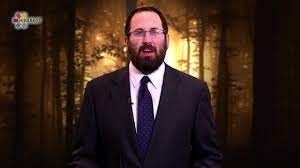 Holding Up the World by Rabbi Yitzchok Fingerer

A number of years ago, the well-respected psychiatrist Rabbi Abraham J. Twerski was giving a tour of a psychiatric ward to several medical students. It was certainly a jarring and eye-opening experience for many of the students to see what life was like for such patients given their conditions. Yet one of the patients particularly stood out for his strange medical anomaly, the likes of which even seasoned doctors had a hard time working with. He was a real conundrum.

The man was positioned in a catatonic state with his hands positioned upward in what looked almost like a “V” shape. For decades he had held this same position, save the few times he collapsed from exhaustion. But every other waking moment was spent in such a way. As to why he did so, he would not communicate.

As the students passed by this fellow, they as well could not help but stare and wonder. Included among the medical students was one Orthodox Jew, who had something in mind. “Dr. Twerski,” he piped up, “would it be alright with you and the staff here if I go over and speak to this patient?” Dr. Twerski agreed, though dubious if it would lead anywhere.

The Jewish student headed over to the patient, his arms up and body poised. “How do you do it?” whispered the student to the fellow. “You are working so hard on our behalf to hold up the world! Without you, the world would collapse. I just wanted to extend appreciation on my behalf and on behalf of the whole world for all that you have been doing for so many years. But now I am going to take you over to the side, because you deserve to rest for a bit. Allow me to hold up the world for you for just a few minutes.”

The man sat down. Everyone was shocked. As medical staff rushed over to attend to the patient, they all turned to this new medical student for an explanation. They were waiting for some wild secret to be disclosed as to how he changed the man’s mindset and convinced him to sit down. Where did such a line of thinking come from?

“I’ll tell you,” replied the student. “For so long, you’ve probably been looking at him as some sick man whose medical condition is an enigma. Every time you’ve tried working with him, it was done with the understanding that he was abnormal. Yet that never worked for him because he felt he was doing something so noble and worthy and none of you appreciated his hard work. In his mind, he was far from sick, but rather someone more important than even you all, the medical staff. It was only when he heard from me that he was indeed admired and respected that he felt comfortable allowing me to continue his important mission of holding up the world, and he relinquished his catatonic position for me to take over.

“So long as he was treated as a patient, as a statistic, as another insane individual, he could not be helped. What he needed was to feel important and treated as a person deserves, and with that, my words entered his ears and penetrated his heart. And that is how, I believe, after so many years he was finally able to sit down.”

Sheer brilliance, we might say. Or sheer simplicity. Both are true. It’s something so simple that often goes overlooked, and thus comes as a brilliant explanation. Sometimes it takes the new student on the block to enlighten an experienced medical staff to what stood in front of them all the time. For years, this man was holding up the world, but no one was holding up him. Yet once the roles were reversed, everything became clear.