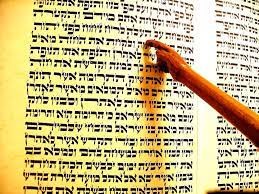 The Torah states: “And the Almighty spoke to Moshe, saying: Send for yourself men, that they may spy out the Land of Canaan, which I am giving to the Children of Israel; one man, one man of every tribe of their fathers you shall send, everyone a prince among them” (Numbers 13:1-2).

The Torah is not written in chronological order. What is the meaning of the juxtaposition of this section to the previous section?

Rashi cites the Midrash Tanchuma to elucidate the juxtaposition of sending the spies to the land of Canaan to the section of Miriam’s speaking loshon hora (derogatory speech) about Moshe. Even though Miriam was publicly punished for speaking against her brother, these wicked people who witnessed her punishment did not learn a lesson.

The question arises: How could the spies be expected to learn from Miriam’s loshon hora? Miriam spoke against a person, while they spoke against a land. Rabbi Yisroel Ordman, of Telshe Yeshiva in Lithuania, comments that one must acquire the attribute of always seeing the good in everything. A person who finds fault with things (meals, accommodations. etc.) will also find fault with people. Conversely, a person who always seeks to find the good in all phenomena will also see the good in his fellow man. That is the lesson the spies should have learned: to notice virtues rather than seek out faults.

As a pious man once noted, “We were given two eyes — one very powerful for introspection, so we should find our smallest faults: the other very weak, for viewing others. Only too often we switch their functions.”