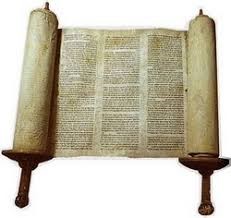 Miriam, Moshe’s sister, heard from Moshe’s wife, Tzipora, that Moshe had separated himself from her (so that he, Moshe, could receive a prophecy from the Almighty at any time). Miriam felt that Moshe’s behavior was improper, since both she and her brother, Aharon, both carried on their respective married lives, yet received prophecy. Miriam related her feelings to her brother, Aharon.

The Torah states: “And Miriam and Aharon spoke against Moshe because of the Cushite woman whom he had married; for he had married a Cushite woman. And they said, ‘Has G-d spoken only with Moshe? Has he not spoken also with us?’ And the Lord heard. But the man Moshe was very humble, more than all the men that were upon the face of the earth” (Numbers 12:1-3).

The Chofetz Chaim, Rabbi Yisroel Meir Kagan, writes (Shmiras Haloshon 2:18) that from these verses we learn a number of principles concerning loshon hora, the laws regarding defamatory speech: